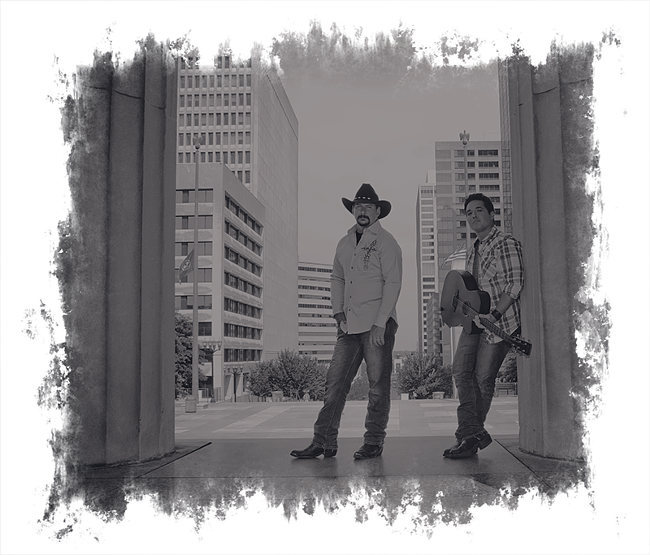 Under the management of Erv Woolsey, best known as George Strait’s long time manager, Branch and Dean quickly have earned the respect of fans and the industry.  Most notably, they have walked the CMA Red Carpet and recently achieved the position of the #1 all time record in the UK by landing on the Hot-Disc Charts for 10 straight weeks.  They hosted the BCMA Awards and have received several award nominations for their amazing music.

To book Branch and Dean for your next event or for interviews please contact the SSM offices at 615-254-2053.

Branch and Dean hale from North Florida and are most at home making country music.  Dean Scallan and Steve Branch met and quickly realized that their mutual love of country music, performing, and song writing made them a powerful duo. They moved to Nashville, set out to make great music, and soon caught the attention of Michael Huffman (aka Huff Daddy). Huff Daddy – who has worked with greats like Kenny Chesney, Conway Twitty, George Strait, Montgomery Gentry, and Diamond Rio – took Branch and Dean under his wing. Together they began writing and recording great hits like The Dash, Your Ol’ Lady's Gone and The Forgetter.  “Their voices blend together so well and after working with them, I truly feel that they have the goods to bring their unique sound to the world,” said Huffman of collaborating with Branch and Dean.

While they are known for their exceptional songwriting skills and high-energy live shows, they also work tirelessly as the National Ambassadors for the Cystic Fibrosis Foundation (CF). Branch’s distinctive vocals anchor the duo’s breakthrough hit The Dash, a tribute to his 23-year-old son, Theron who died after years battling CF.  The Dash challenges listeners to make the most of every moment between the birth and death dates that inevitably will appear on their headstones.  “Life goes by so fast and our story’s defined by how we spend that dash,” Branch sings in the hauntingly beautiful ballad.

The form has been successfully sent.